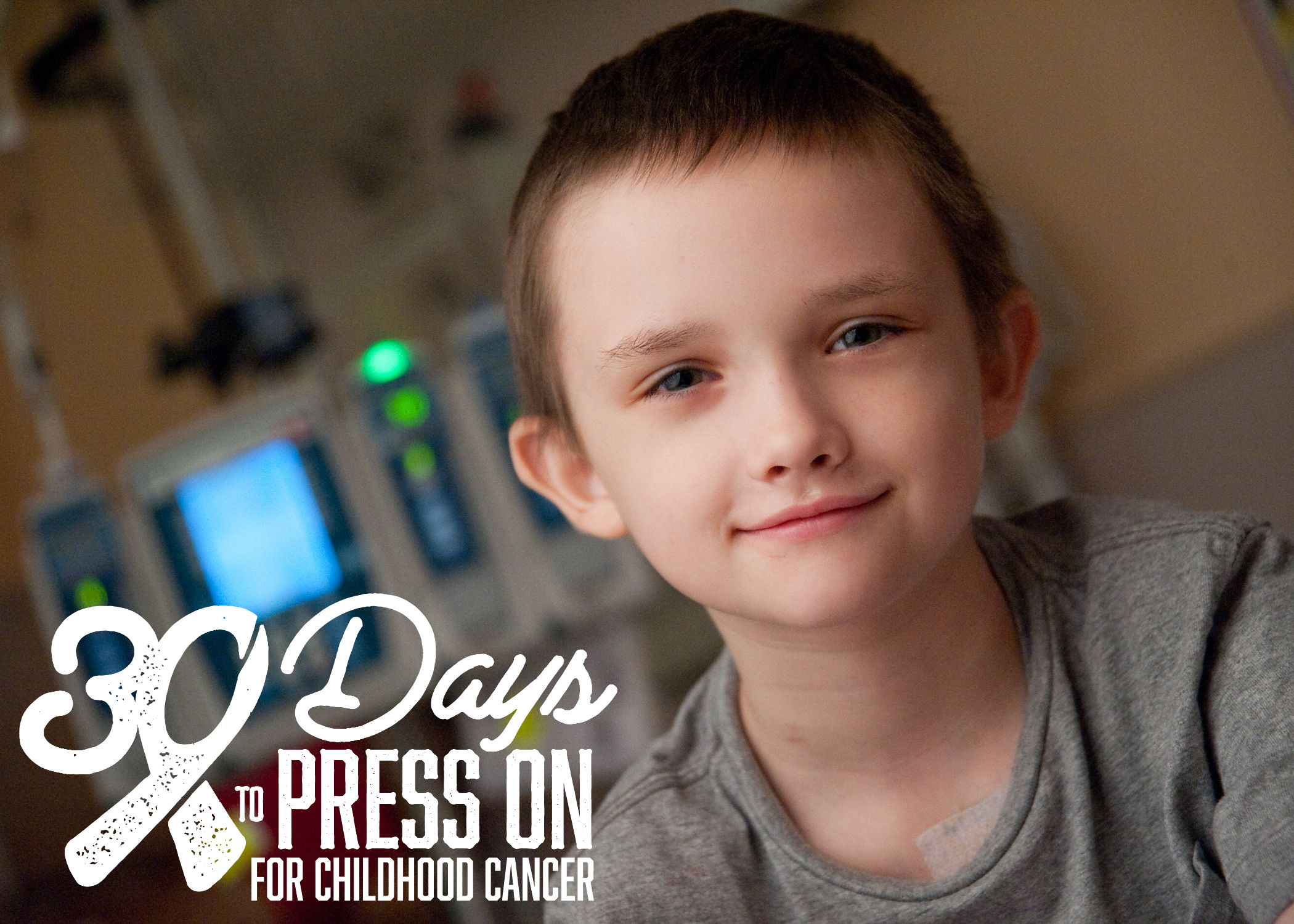 Fighting leukemia with a Band of Brothers.

What Tara and Turner planned as a perfect snowy family trip to the North Carolina mountains in January 2009 turned out to be anything but when the Simkins rushed their fever stricken son, Brennan, back to Augusta, Georgia.  Brennan was diagnosed with acute myeloid leukemia (“AML”) on the eve of his 7th birthday. 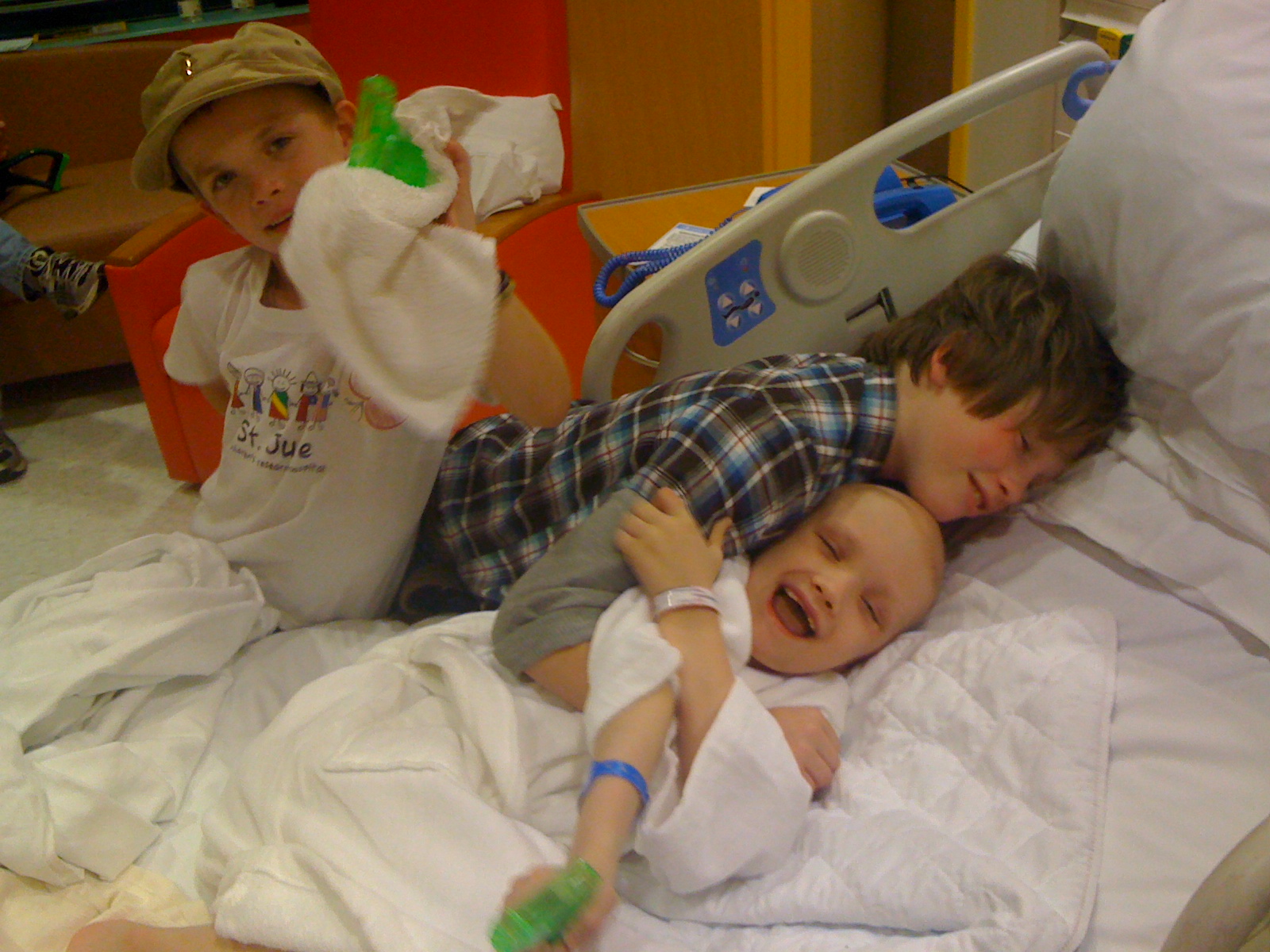 After undergoing chemotherapy and a bone marrow transplant (thanks to a donation from his older brother Nat, then just ten years old), Brennan was pronounced in remission, but soon relapsed. The hospital told Tara and Turner to pack up their bags; determined to Press On, they began a nationwide search for a hospital that would treat Brennan. St. Jude Children’s Research Hospital opened their doors and created life-saving protocols for Brennan. He received three more bone marrow transplants– one from an anonymous donor and “haplo-transplants” from his father and mother– bringing the total to four in a record 18 months. His two brothers Christopher and Nat remained by his side every step of the way, from Augusta, to Atlanta, to Memphis. 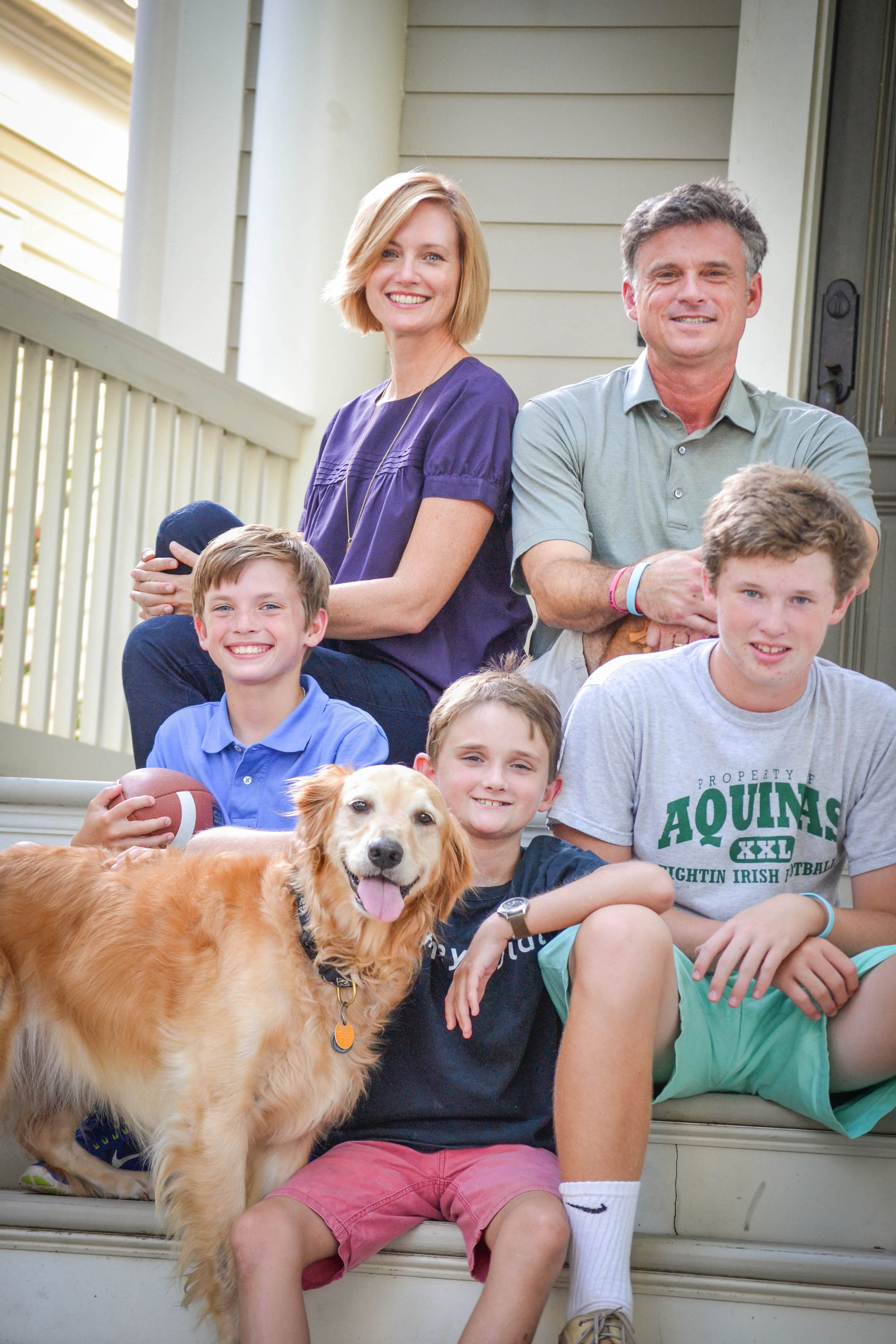 Thanks to his family, friends, and the dedicated team at St. Jude, Brennan has been cancer-free for six years.

Brennan’s grueling treatments brought him to the brink of death and back several times. He will continue to live with certain long-term side effects for years to come; just this summer he needed cataract surgery from damage done by full-body radiation seven years ago. But he is alive and thriving, enjoying reading, golf with his brothers, and his school’s shotgun team. He’s even the Special Assistant to his school’s Head Football Coach.

AML remains the poorest prognosis leukemia, and treatments are notoriously toxic. Many of the other AML patients Brennan and his family met on their journey are no longer with us, whether from relapse or from complications from treatments. This is why Press On has pledged to raise funds for Target Pediatric AML for Childhood Cancer Awareness Month. More on that amazing grassroots effort tomorrow. For now, we leave you with a little hope for the Possibilities…

“Possibilities” by Turner Simkins and Joe Stephenson, inspired by Brennan and recorded by Darius Rucker.

On this day, the 16th anniversary of September 11th, 2001, we at Press On would like to take a moment to honor the thousands of lives lost and the brave heroes who risked their lives on that “dark day in the history of humanity”. May we never forget. 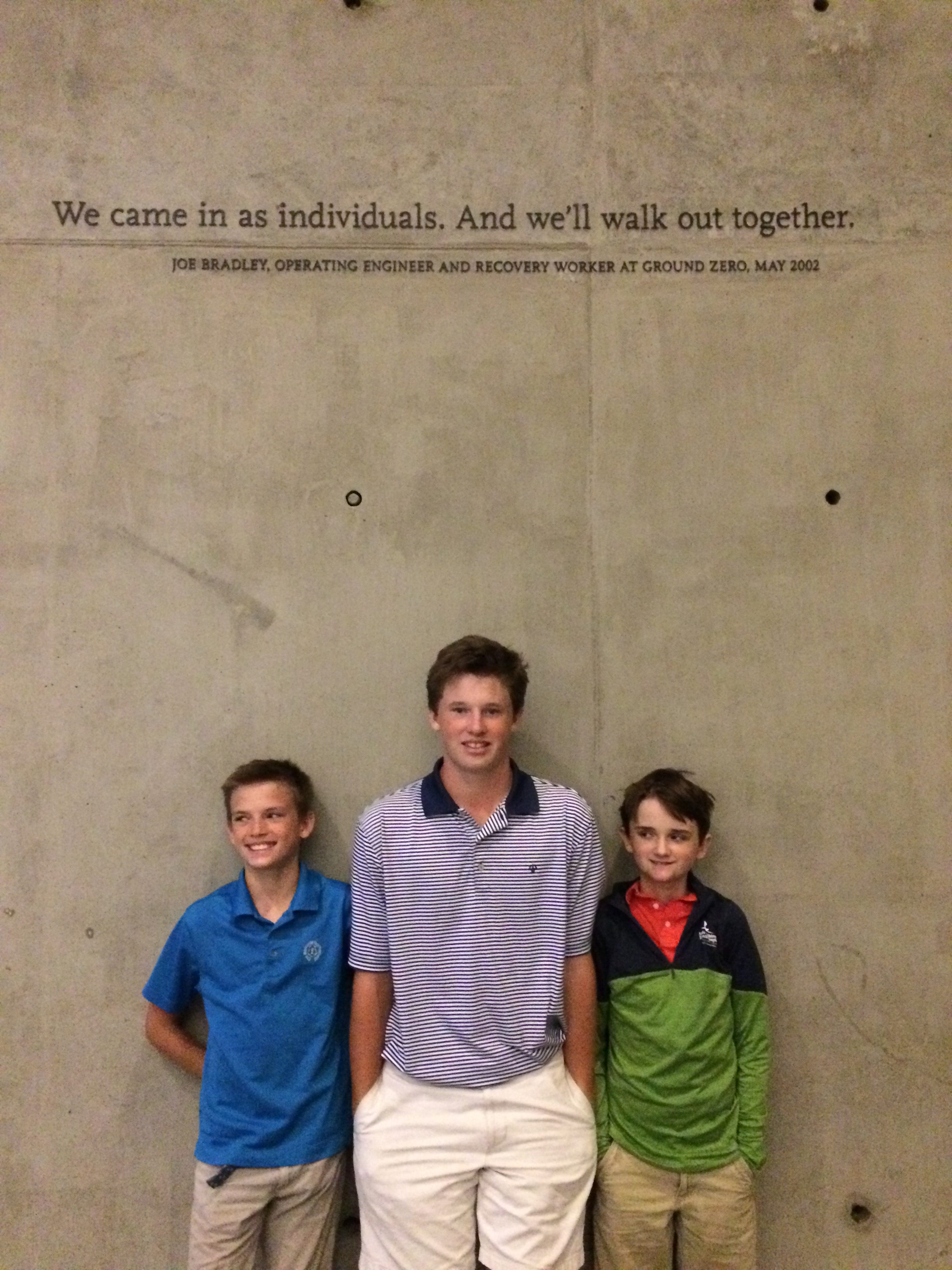