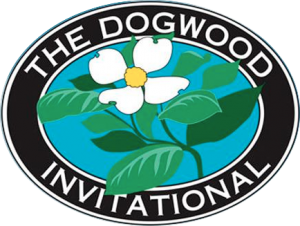 The Dogwood Invitational at Druid Hills Golf Club launches its next step in charitable giving with “Pars for Patrick & Birdies for Brennan” in support of the Press On to Cure Childhood Cancer Fund. Using the Crowdrise platform, The “Pars for Patrick & Birdies for Brennan” campaign asks you to donate based on the number of pars and birdies as a single donation amount.

“At last year’s Dogwood we saw 3,100 pars and 1,104 birdies made during the tournament, and we need your donation based on those Pars and Birdies to raise our goal of $10,000 tournament week,” said Edward Toledano – tournament chairman. “This year we are proud to not only cultivate the careers of some of the world’s best young athletes, but we have the unique opportunity to give back to a foundation at the heart of our club.”

To make a donation to “Pars for Patrick & Birdies for Brennan” visit here.

Each year the tournament dedicates proceeds from sponsorship dollars to local charities whose goals, mission and vision align with the invitational’s profile. This year the tournament has added the Press On to Cure Childhood Cancer Fund in honor of Druid Hills Golf Club members Erin and Stephen Chance, who formed The Press On Fund in 2006 after their son Patrick Chance was diagnosed with Stage IV neuroblastoma.

With 81 players vying for the coveted trophy, the Dogwood Invitational will be held from June 24 – June 29, 2013 at Druid Hills Golf Club, which has hosted the tournament and a fine slate of amateur golfers since 1941. The tournament is run by The Dogwood Foundation, a 501(c)3 non-profit, and proceeds from sponsorships are directed to the Atlanta Junior Golf Association, The Wayne Reynolds Scholarship Foundation and the Press On to Cure Childhood Cancer Fund. Find out more at www.thedogwood.com.

Tournament participation is by invitation only, with eight open spots in the qualifier held Monday, June 24, prior to tournament play.  The Dogwood Invitational seeks to perpetuate the tradition of competition, celebrate the game of golf and encourage participation among amateur golfers, club membership, sponsors and volunteers.

The tournament is open to the public beginning with the first round of play on Wednesday, June 26 at 8 a.m.

About The Dogwood Invitational
The Dogwood Invitational is an elite amateur golf championship established to promote the game of amateur golf and support junior golf organizations. Held at Druid Hills Golf Club in Atlanta, Georgia, the tournament is an internationally ranked top amateur golf event that began in 1941. The tournament is run by The Dogwood Foundation, a 501(c)3 non-profit, and proceeds from sponsorships are directed to the Atlanta Junior Golf Association, The Wayne Reynolds Scholarship Foundation and the PressOn to Cure Childhood Cancer Fund. Find out more at www.thedogwood.com.