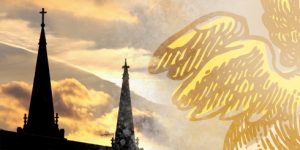 Press On as we reignite the collective spirit to the greatest degree possible for Brennan’s Day 0 and Day +1 this Monday, January 24, 2011 and Tuesday, January 25, 2011. Join us at noon and 6pm e.s.t. (wherever you are), as we focus our intentions toward Brennan and those at his side.  The collective prayers and positive energy offered up for Brennan will help sustain him and his family as he undergoes and unprecedented fourth transplant he hopes of CURING his a plastic anemia and leukemia.